WARNING: This is a surprisingly violent Christmas episode.  Not really surprising if you are used to watching It’s Always Sunny, but if this is your first time… don’t watch this episode.  Very violent, very full of language.  However, really, really funny.  If you can get past all the negative aspects, this is a brilliant episode.

Raise your hand if you knew the final episode would be a Community episode.  Community always has incredible Christmas episodes, but this one is my favorite.  They completely nail the whole Glee theme and Taran Killam does an incredible job.

On the 8th day of Sitcoms, my TV gave to me… 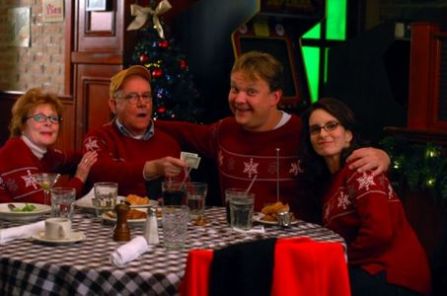 All the 30 Rock Christmas episodes are on the same level, so you really can’t lose no matter which one you pick.  Ludachristmas is the first, and the most talked about.  It’s a fun jump back to 1985.  Merry Jewish.

On the 9th day of Sitcoms, my TV gave to me…

Parks and Recreation: Ron and Diane 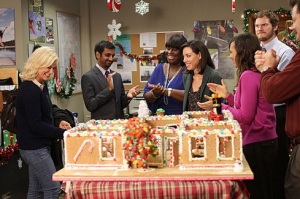 Bob’s Burgers: Father of the Bob

Every Bob’s Burger’s Christmas episode is fantastic.  I can say that, because I just watched all of them.  I can’t pinpoint what it is about Father of the Bob that stands out more than the other episodes.  I guess maybe Gene’s bean bath. 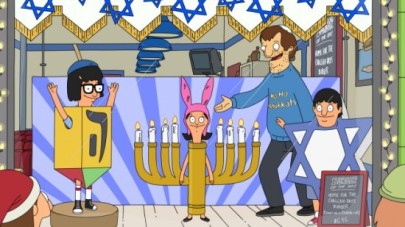 So quality.  So confusing.  So creepy.  So Christmas.

On the 4th day of Sitcoms, the TV gave to meeee…

Friends – The One With The Holiday Armadillo

Out of all the Friends holiday episodes, this one is my favorite hands down, and I think it’s primarily because of the open.  So much funny in such a short time.  Ross dresses up as a holiday armadillo in a poor attempt to not disappoint his son, Ben, who is staying with him for the holidays.  Phoebe thinks Rachel won’t want to live with her after all the fun she’s had living with Joey, so she tries to torture her out of the apartment.  This episode is just fun and silly – perfect holiday episode.

I forgot to mention yesterday that these are a list of what I feel are some of the best sitcom holiday episodes, not just any random holiday episodes.  They aren’t really in any specific order, although my favorite will be on the last day.

On the 2nd day of sitcoms, my TV gave to me… 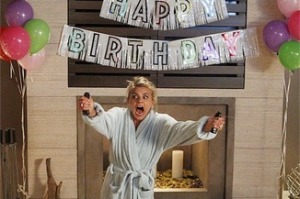 In this episode, the group finds out that Jane lied about her birthday being in the summer, and it’s actually on Christmas day.  To be supportive, they decide to postpone Christmas and have Janemas instead.  Sadly, although it is mentioned several times, we never see the full gingerbread Love Actually display.

On the first day of sitcoms, the TV gave to me…

If there’s one thing the Boy Meets World holiday specials are known for, it’s feels.  So many feels.  Santa’s Little Helpers is no exception; the story follows Eric Matthews playing Santa Claus as he tries to make Christmas happier for a group of orphans.  Eric meets a little boy,  Tommy, who asks him for parents for Christmas (I told you.  Feels.).  Although BMW has a few holiday specials, this one is definitely my favorite.  If Eric isn’t your favorite character on BMW, I don’t understand you.

Alright, I’m one of the first people to hop aboard the “THIS ISN’T RIGHT THIS ISN’T RIGHT EVERYTHING IS WRONG” train when it comes to Girl Meets World.  HOWEVER, I will say, this episode was not as bad as I thought it would be.  Shawn Hunter (Rider Strong) comes back into the picture, and his interactions with Cory pulled the episode together for me (although I was super disappointed that there was no Feeny or Eric).  To be honest, the only person on the show who doesn’t act very well is the main character (Riley Matthews) which is really unfortunate.  Better casting and they may have had quite a following from people like me who are still suckers for the Boy Meets World marathons on MTV.

Just a side note – somehow Rider Strong managed to get even more attractive.  I genuinely wish there really was a Cory and Shawn show because I would watch that.  I would watch it always.